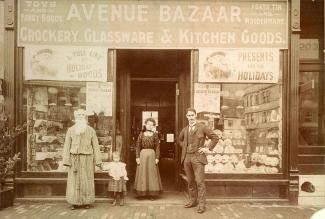 This course will explore the Jewish experience of Boston during the era of largescale Jewish immigration to the United States. Long serving as a city of refuge, Boston also emerged as an important hub in the Jewish diaspora to America. By the nineteenth century, Boston offered Jewish immigrants an urban landscape where they could create and build American Jewish culture, start their own businesses, and practice Judaism in the ways they desired. Along the way, Boston’s Jews interacted with the rich diversity of the city, coming into contact with groups they had rarely encountered in Europe; an inevitability in a metropolis with a deep Irish Catholic imprint. This course will consider the religious institutions that Boston’s Jews forged and sustained. We will also delve into New England Jewish artistic and cultural production, how Jews engaged with American politics in Boston, and what this city’s Jewish history can tell us about the general American Jewish experience in a period of diasporic resettlement.

This course includes four 90-minute classes; exclusive access to handouts and recordings of each presentation; and in-depth Q&A sessions with the instructors. This program will be hosted via Zoom. Access information will be sent to participants prior to the first broadcast. 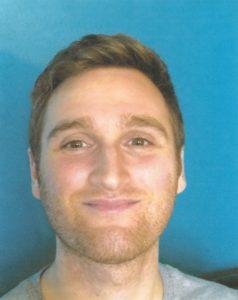 Aaron Welt is an assistant adjunct professor at Hunter College who teaches courses on American Jewish history. He received his PhD in history from New York University, and his research has been published in American Jewish History and The Journal of American Ethnic History. Currently, Dr. Welt is working on a book that explores the role of organized crime in the development of Jewish immigrant capitalism in early 20th-century New York.

November 2 - Class 1: Establishing a Community, 1840–1860
This week we will look into the origins of Boston’s Jewish community and its bedrock institutions. We will also explore general Boston history and compare the early Jewish experience in New England with that of other major urban centers, notably New York.

November 9 - Class 2: Moyshe in New England’s City of Immigrants, 1860–1891
This week will focus on diasporic Jewish culture in Boston as the city became defined by the immigrant experience. We will spend time analyzing Yiddish culture in Boston, and how Jews presented themselves to native-born Americans as well as other immigrants and people of color. This week we will also consider the nativist backlash to Jewish arrival and Boston’s role in the eventual passage of immigration restriction in the early twentieth century.

November 16 - Class 3: Jews and the Boston Machine, 1891–1914
In this week, we will explore Jewish politics in Boston and try to get a sense of how Jewish immigrants made sense of urban electoral politics during the era of largescale migration. In this class, we will pay particular attention to Jewish-Irish relations, on the level of politics and government, but also in people’s neighborhoods and tenement apartments. In this class we will also investigate the rise of Mayor James Michael Curley and his connection to the Jewish community of Boston.