Researching Businesses in Our Collections

Many Jewish immigrants came to the United States to seek better opportunities for them and their families, and establishing their own businesses—whether as a peddler, a small shopkeeper, or a large company owner—was a common way to achieve success. In New England, Jews established dry goods stores, bakeries, and clothing and furniture stores, often in their own communities. In areas like Peabody and Lynn on Massachusetts' North Shore, they often operated leather and shoe manufacturing centers. And throughout the region, Jews established some of the most well-known businesses, including Stop & Shop, Building 19, and Charrette.

Below are the JHC’s archival collections related to Jewish-owned businesses. Click on a title to see an overview of the collection, view the collection’s finding aid (guide to the collection and its contents), and, if applicable, view the digitized collection on our Digital Library & Archives.

Please note: most of our digitized collections require the creation of a free guest user account to access. Click here for instructions on how to create a free account, as well as tips for navigating the Digital Library & Archives.

Abraham Bornstein was a well known publisher and collector of art and art books. In 1923, Bornstein founded the Boston Book and Art Shop, which distributed art books from leading publishers of Europe, as well as published books, portfolios and monographs. Abraham and his wife, Rachel, used their publishing house to help encourage and promote many Jewish artists and writers in the United States, among them, Chaim Grade, a Yiddish poet. This collection contains materials from the Boston Book and Art Shop, including financial records and inventory, inventory and sample of collection donated to YIVO, inventory and sample of collection donated to the Jewish National and Hebrew University, correspondence, newspaper clippings, and work of Chaim Grade, גראדע חיים. Also included in this collection are original photographs and certificates.

Building #19 was a New England-based discount chain store founded by Jerry Ellis (born Gerald Elovitz) and Harry Andler in 1964. Known for its self-deprecating humor in branding and advertisements (billing itself as “America’s Laziest and Messiest Department Store” with the slogan “good stuff cheap”), as well as for its surplus stock of miscellaneous clothing and household goods that were often saved from floods and fires or purchased at discount prices after bankruptcies, store closings, or manufacturing mistakes, Building #19 operated 15 stores at its peak, before closing in 2013. This collection contains administrative records, advertising materials, ephemera, photographs, and recordings created by Building #19.

Elm Farm Foods was first established as M. Winer Company in 1895 in the North End of Boston. The expansion of this single small store in the next several decades preluded the rise and development of Elm Farm Supermarkets in the region, followed by the company’s shift from retail to wholesale. Winer family holdings have also included various affiliated trusts and corporations managing many aspects of the company’s business and real estate. The bulk of these documents depict the financial activities and accounting procedures of these company affiliates, focusing primarily on funds, investments, and shareholders. The collection also includes administrative documents, such as correspondence and memoranda, concerned with the management of real estate, retail operations, and personnel.

The Harry Lipsky Company was a furniture moving company located in Lynn, Massachusetts founded in 1910 by Harry Lipsky and owned and operated by his sons Jacob "Jack" and Sidney Samuel Lipsky. This collection contains advertisements, delivery invoices, photographs, and a financial ledger tracking all income and expenses of the company.

Mary Wolfman Epstein was a singer, playwright, director, vocal teacher, and talent manager in the Boston area. Epstein worked with many Jewish and secular organizations, and she co-founded the New England Jewish Music Forum. She wrote over 30 original musicals, most of which were based on Jewish themes or individuals. This collection contains news clippings, photographs, recordings, correspondence, sheet music, scripts, and performance programs.

Author and photographer Ilan Fisher was born and lives in Sharon, Massachusetts, where he owned Great Impression, a company that provided event videography services. He also contributed columns to the Sharon Advocate and other local publications, and in 2002, his stories were collected in the book The Carnie Kid Tells All. Fisher’s papers primarily contain invitations from events Great Impression recorded, along with a small group of personal papers, much of which is from the 1960s and documents Fisher’s involvement with the Jewish Socialist-Zionist youth group Habonim.

The Milontaler family were second- and third- generation Jewish immigrants from Roxbury, Massachusetts. Louis Millionthaler immigrated from what was then Suwalki, Poland to the North End of Boston in the late 19th century. His son Maurice Milontaler was a shop owner and amateur writer who wrote a memoir about Jewish life in the North End. The majority of this collection includes Maurice Milontaler’s notes for his memoir, as well as the finished product. Photographs, correspondence and course notebooks from Harold Milontaler’s years at Harvard University are also included.

Leopold Morse was a philanthropist, businessman, and politician born in Germany and based in Boston, Massachusetts. This collection contains a number of items related to his personal life and political work, including his naturalization certificate, German vaccination paperwork from 1832, a scrapbook containing newspaper clippings and photographs, documents from 1882 and 1886 signed by Massachusetts Governors John Davis Long and George D. Robinson, respectively, officially naming him as a Massachusetts representative to the U.S. House of Representatives, an 1876 letter from then House Speaker Samuel J. Randall of Pennsylvania, as well as two certificates from the Grand Lodge of Massachusetts in Woburn.

Arthur S. Obermayer was a scientist, entrepreneur, and philanthropist born in Philadelphia, Pennsylvania. He established his own research and development company, Moleculon Research Company, in the Boston area and was involved in numerous philanthropic and professional organizations, especially through his foundation, the Obermayer Foundation. Obermayer was also a political activist, and played a key role in establishing the Small Business Innovation Research (SBIR) Program. This collection contains correspondence, business records, news clippings, notes, photographs, reports, and sound and video recordings documenting Obermayer’s professional work, philanthropy, and political involvement, as well as those of his parents Leon J. and Julia S. Obermayer, his wife Judith Hirschfield Obermayer, and his brother and sister-in-law, Herman J. “Obe” and Betty Nan Obermayer.

The Rabinovitz/Rabb family arrived in Boston from Russia in the 1890s. Around 1914 they founded Economy Grocery Stores, which became Stop & Shop in 1946. In addition to building their grocery company into a successful business, the family is known for its philanthropy and active involvement in the Jewish community. The collection contains materials relating to the Rabb family and to the business operations of Stop & Shop until 1989. The materials in this collection include historical sketches, newspaper clippings, press releases, correspondence, memoranda, minutes, reports, advertisements, certificates, speeches, interviews, films, and photographs.

The Snider, Winer, Kane and Korelitz families are documented within this collection, although the bulk of the materials pertain to Stanley and Mary Ann Snider’s immediate family. The Sniders are the founders of Stanmar, Inc., which developed Smugglers’ Notch Ski Resort. The Winers founded Elm Farm Supermarkets, and the Kanes owned furniture stores before becoming involved with the operations of Elm Farms. This collection contains photographs, slides, newspaper clippings, correspondence, and scrapbooks.

This collection contains correspondence, photos, newspapers and clippings, manuscripts, and financial records documenting the life of Harry Spiro following his immigration from the shtetl of Butrimantz in Lithuania, first to Havana, Cuba and then to the United States. Included in the collection are materials relating to his family, his Zionist activism both in Cuba and in the United States, and his building supply business, Best Lumber.

This collection contains business records, correspondence, news clippings, photographs, meeting minutes, memoranda, architectural plans, promotional materials, publications, and reports documenting the personal, professional, and charitable life of Lionel Spiro. It contains materials on the 1964 founding of Charrette, an art and architectural supply company he co-founded, and its subsequent growth into a national enterprise, as well as Spiro’s work with various organizations, including the Boston Athenæum, the Massachusetts College of Art and Design, the Harvard Alumni Association, and the Harvard Club of Boston.

This collection contains business records, correspondence, news clippings, photographs, meeting minutes, memoranda, architectural plans, promotional materials, publications, and reports documenting the personal, professional, and charitable life of Lionel Spiro. It contains materials on the 1964 founding of Charrette, an art and architectural supply company he co-founded, and its subsequent growth into a national enterprise, as well as Spiro’s work with various organizations, including the Boston Athenæum, the Massachusetts College of Art and Design, the Harvard Alumni Association, and the Harvard Club of Boston.

The Wyner Family Collection documents the personal, professional, organizational and philanthropic activities of three generations of a prominent Boston Jewish family. The documents describe the operations of the family knitting and textile businesses, the building and management of the Ritz-Carlton Hotel of Boston and the development and operations of the Beth Israel Hospital of Boston (1926-2001.) This collection describes the Wyner family's involvement in a wide variety of organizations, both Jewish and non-Jewish, and spans almost a century of involvement in community affairs and includes such organizations as the American Jewish Historical Society (1962-2005), the Brookline Town Meeting (1960-1995), Adath Jeshurun Synagogue and Cemetery Association (1956-1995), Temple Israel of Boston (1960-1999), Combined Jewish Philanthropies (1969-1999), Jewish Community Relations Council (1970-1990) Union of American Hebrew Congregations (1980-1995) and both the National and New England Knitted Outerwear Association (1977-1992.) There is extensive material documenting the operations of the Wyner Mills, financial statements and legal papers concerning various family trusts, correspondence, governance and financial reports documenting Justin Wyner's Presidency of the American Jewish Historical Society and the involvement of several of the family members with the Beth Israel Hospital, the Combined Jewish Philanthropies and the Jewish Community Relations Council. Included in these organizational papers are meeting minutes, reports, correspondence and financial statements. 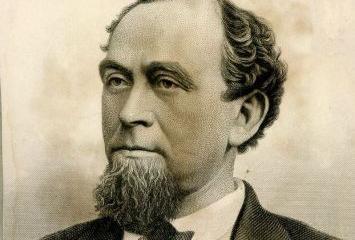 The Two Worlds of Leopold Morse 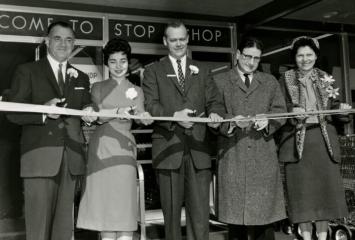 Boston’s Jewish Family Businesses: The Colonial Era to the Present 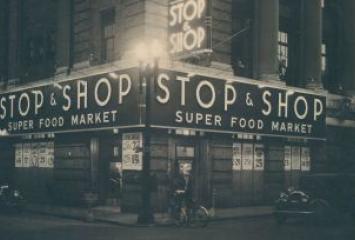